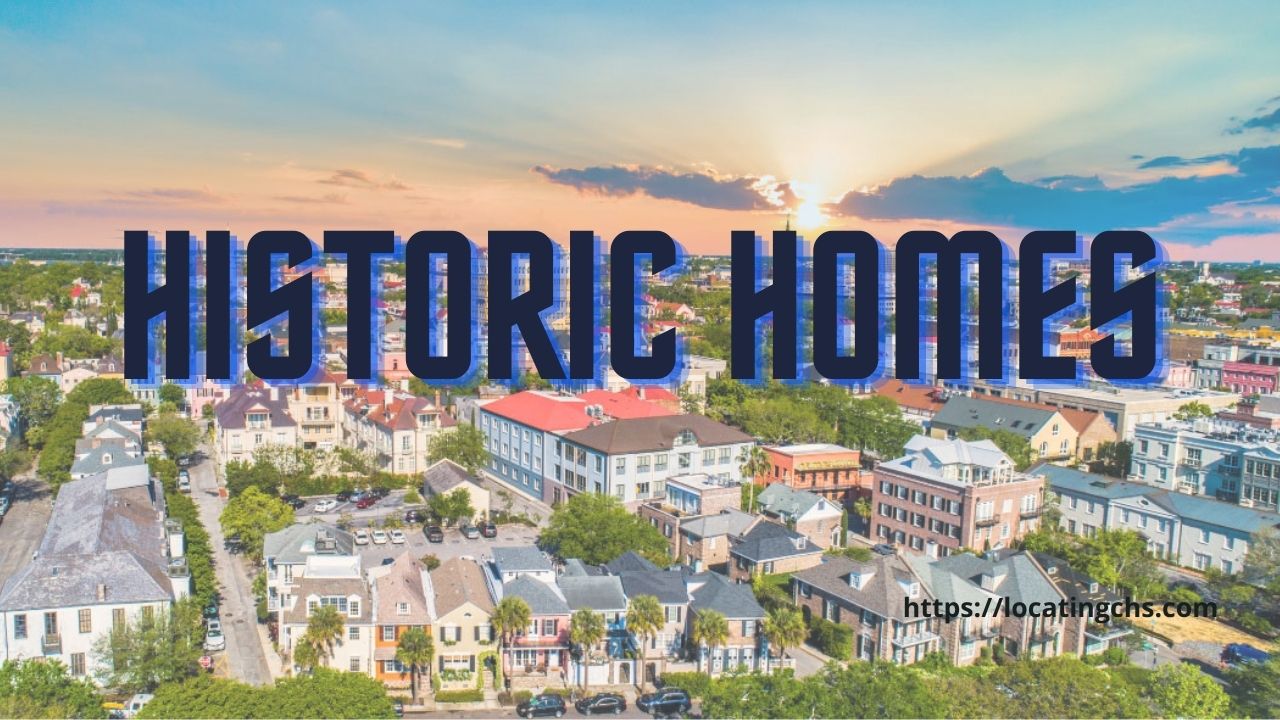 Are you looking for a piece of history? Check out these ten historic homes in Charleston, SC!

Charleston, SC,, has earned its place as one of the most well-preserved cities in the United States, boasting more than 2,000 historic buildings that date back to the late 18th century. Many of these historical structures were lost during the Civil War and Reconstruction Era, but luckily, that hasn’t been the case since then! Look at some of Charleston’s oldest homes below and start planning your next vacation to South Carolina! These historic homes in Charleston, SC, will mesmerize you.

The Harvey House, a historic home in Charleston, SC

The Harvey House is one of America’s most famous historic hotels—it opened its doors on February 1, 1891. Today it’s called The Mills House, but many still refer to it as The Harvey House. Designed by G. Lloyd Preacher and cost $500,000 to build—that’s about $12 million in today’s money! The hotel has been open continuously since it opened over 130 years ago, and generations of Harvey family members operated it until 1986 when Marriott purchased it.

In terms of historical significance, it’s worth noting that Wade helped to develop Citadel Square and also played a role in efforts to build what became known as W. Montague Morris Hospital—home today to Trident Technical College. On top of that, Wade was both a successful businessman and a nice guy: In 1921, he and his wife donated their home on Hampton Park Boulevard (constructed adjacent to their original house) to help create Charleston’s first free public library branch. Today it operates as The Wade Hampton Free Library on Anson Street.

Located at 509 East Bay Street, John Dewees Milroy’s home is one of the oldest residences in downtown Charleston. The main section was built around 1796, adding a rear ell later that century. The historic building operated as apartments until it was purchased by Historic Charleston Foundation (now Preservation Society) and moved to its current location near Broad Street. In 1987, it became one of only two privately owned buildings listed on the National Register. It houses offices for both organizations and is open to visitors by appointment only.

Noted as one of Charleston’s oldest houses still standing,  around 1740The Thayer Cogswell/Thomas Stone House was initially built. Thayer Cogswell enslaved people and considered himself a Loyalist. His family is one of several to have lived there since its first days, and it restores carefully by those descendants who still own it. It’s located on Queen Street and is open daily from 9:30 AM until 5:00 PM. Admission is $15 per person (children under six are free). They offer tours every hour, with each time highlighting different aspects of life in that period, such as household chores and more. It can be fascinating to see how much things haven’t changed over time!

This historic home at 60 Broad Street was built by Robert Mills (the architect behind The Washington Monument) and completed in 1818. It’s also one of only two Mills houses that still stand today. Today, it owns by St. Andrews Society and is used to host events throughout the year. You can find more information about events at Lee House here. The Aiken-Rhett House: If you enjoy classic architecture and gorgeous interiors, you’ll love The Aiken-Rhett House on King Street. Originally designed by William Jay in 1798, it features grand ballrooms, beautiful parlors, and a private theater—not to mention three stories of balconies that overlook historic King Street. If you want to tour The Aiken-Rhett House, three different tours are available daily!

The William Johnson House is at 55 Meeting Street. Built in 1798, it is one of Charleston’s finest examples of Federal architecture and an excellent example of early Georgian townhouses. This house originally belonged to William Johnson, who was a prosperous merchant as well as a civic leader. He served several terms as president of the City Council and, during his last time, also held office as mayor. After serving his final tour, he moved with his family to Philadelphia, where he became very successful in business and politics. He served two terms as vice-president before returning to South Carolina, where he died shortly after returning home.

The Robert Mills House is a great place to start, with historic architecture and interior design. Robert Mills designed this home and Monticello and other notable architectural landmarks. While there are so many beautiful historic buildings in Charleston, visiting an architecturally significant house like The Robert Mills House is an incredible opportunity! It’s also fun to take a look at period furniture if you have never had a chance to see it before. While looking at historical pieces, paying attention to detail can teach us so much about how people lived in days gone.

The Benbow Inn is America’s oldest pub and is still in business. The building dated back to 1682 and was once part of Charles Towne Landing State Historic Site. When South Carolina separated from England in 1783, Charleston became its state capital until it surrendered to Union forces during Reconstruction in 1865. When discussing historic buildings, one question is whether they modify too much to be considered historic or worthy enough to preserve. With Benbow Inn—built entirely out of wood before 1687—that answer would be a resounding no.

Want to step back in time to a different era? You won’t have to travel far—head to historic downtown Charleston. Start at Pinckney Mansion, an iconic landmark home from 1853. The main hall includes gorgeous paneling and high ceilings that will awe you. It’s easy to feel like you’ve traveled back in time as you wander through—especially when surrounded by other guests dressed for an old-time ball! If you want to take some time away from city life, head to Boone Hall Plantation. There are both plantation and self-guided tours available, so no matter your interests or schedule, you can get a glimpse into South Carolina’s rich past.

It builds in 1735 and boasts over 11 acres of grounds with formal gardens, fountains, statues, ponds, and wildlife habitats. Boone Hall is one of America’s oldest working plantations, still owned by its original family.

Col Constructed it. John Peg Leg Smith sometime between 1750 and 1760. The Benbow Inn is arguably America’s oldest restaurant still in operation and today features period furnishings and decor to help transport guests back to Colonial times. And no visit would be complete without indulging in one of their four historic rum punches (the official drink of Carolina) or sampling their famous Lowcountry dishes such as Shrimp & Grits or Benbow Bacon Chicken with Cheddar Cheese Cornbread Pancakes. 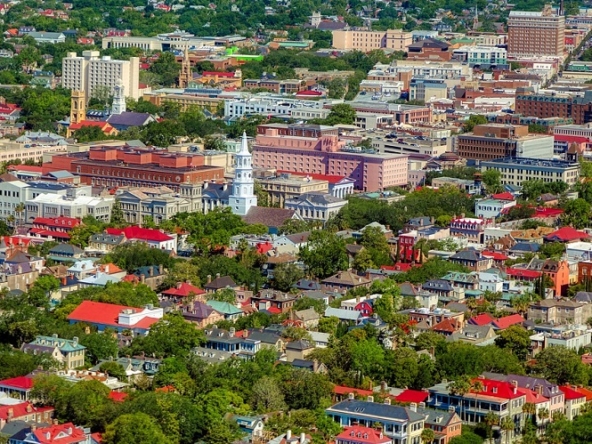 8 Charleston Historical Facts You Probably Didn't Know While it's no surprise that Charleston, SC,...
Continue reading
by Amber 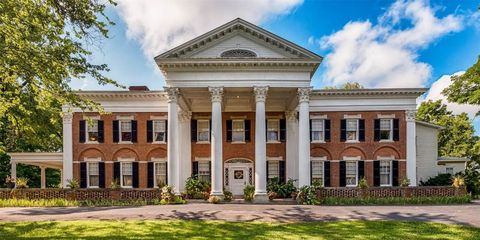